When people experience vertigo, commonly a spinning feeling or the feeling that everything is spinning around you, it is likely to be Benign paroxysmal positional vertigo (BPPV). BPPV often causes intense, usually brief, episodes of vertigo and dizziness especially common when performing motions such as getting up in the morning.

The disorder occurs when tiny particles, within the inner ear, break loose and fall into the wrong areas which the brain usually associates with head movement. This creates a false message of very rapid head movement when in fact very little movement has occurred.

This false message is experienced as vertigo. The inner ear is responsible for our balance, sense in space as well as knowing acceleration so impediment in this area causes problems.  comes and goes with no apparent reason and will often occur sporadically. It may also often only affect one ear.

Movements which trigger the experience associated with BPPV vary from person to person. Getting out of bed or rolling over is one of the most common triggers, as well as when tipping the head to look upward. As mentioned, symptoms are usually intermittent and tend to appear and disappear at varying times.

It is important to treat the condition early only because of the fall risk associated with it. As the disorder usually occurs in elderly people this fall risk should be minimized at all costs due to the danger it poses.

Luckily, treatments for BPPV can easily be carried out by trained health professionals including physiotherapists. Treatment involves a series of maneuvers and simple exercises which aim to move the crystals out of the semicircular canal of the inner ear and into an area of the inner ear where they no longer cause dizziness.

I’m fully trained and capable of helping you if you experience BPPV. Please see my website or contact me. Usually it is easy to treat the disorder which is very good news. Rarely surgery is necessary and is only used in very severe cases of blockage within the ear canals.

To diagnose BPPV certain tests may be performed:

If there are symptoms a physical exam and scanning tests may be used to rule out rival causes. Once identified as the cause, your physiotherapist or health professional may perform the Epley’s maneuver or similar procedure. This can move the small piece of calcium that is floating inside your inner ear. This treatment is one of the best ways to cure BPPV.

In the meantime some medicines can help relieve spinning sensations:

However, these medicines often do not work well for treating vertigo and are usually only used in the short term. To keep your symptoms from getting worse, avoid the positions that trigger BPPV and seek help. In addition, if frequently vomiting due to vertigo, please be mindful of dehydration and consume more water.

Even with no other physical or mental handicaps, your eyes are vital for staying independent and performing daily activities. Macular degeneration (MD) is a serious concern for the elderly as the disease becomes more likely the more we age.

Even with no other problems, macular degeneration can force people into a nursing home due to their failing eyesight. The disease is the leading cause of blindness and severe vision loss in Australia. There is presently no cure and the disease can only be slowed. Lifestyle can, however, reduce the chance of MD occurring in you.

Age related MD is essentially the breakdown of Macula functioning. The Macula is responsible for central vision, recognising faces and to see colours clearly. It is a part of the retina where light information is transformed into signals for our brains to process. Two types of Macular Degeneration exist. The dry and wet forms. The dry form occurs gradually over time while the wet form occurs suddenly due to abnormal blood vessels growing into the retina.

Regular eye exams as we age as well as being informed about our families history of diseases can give you or a family member early warning of MD. Checks become exceedingly important after 50 where the likelihood increases significantly. In addition, lifestyle variables can reduce the likelihood of MD occurring. Not smoking and incorporating specific eye nutrition advice can be extremely beneficial. Antioxidants Lutein and Zeaxanthin, Vitamin C, Vitamin E, Zinc, Selenium and Omega-3 Fatty acids are all recommended to prevent onset of MD. Maintaining a normal weight and avoiding obesity induced diabetes will also help.

Current developments in bionic eye technology may also assist or cure the condition in the future. Prototypes have already shown improvements in some forms of blindness and macular degeneration is also thought to be treatable with the technology. US company Second Sight has developed the Argus Retinal Prosthesis System which has already been tested in several patients including a 80 year old man with age related MD. The device has provided an increase in useful vision according to studies. The Macular Disease Foundation Australia described the recent developments as extremely promising. They caution however, that a truly effective and affordable bionic eye is still quite far away.

Taking care of your eyes as you age is still the best method to avoid macular degeneration. Your eyesight and mobility are extremely important in order to stay independent and healthy for as long as possible.

Reflexology is a scientifically validated alternative therapy with broad similarities to acupuncture in its way of targeting nerves and painful parts of the body to stimulate recovery. For over 250 years folk lore has indicated the benefits of stimulating certain areas of the feet for recovery.

In modern times this system has been reviewed and made comprehensive. It has been found that there is a complete map of the body in zones of the feet. If problems in patients are identified these zones can be stimulated via a non-invasive grip and brought back into balance.

How does it work

The therapist assesses the patient. This is quite comprehensive and should include any observed problems including pain but also anything else including urinary problems, high blood pressure, medication taken and any significant life events which may impact the patient.

The patient’s feet will then be gently examined in the zone of interest. Certain areas of the foot will be pressed to identify areas which illicit pain not found in other areas. This is an indication of a problem area. The therapist then presses and holds this area for a time, repeating as necessary, until the pain and tension in the foot is released.

It has been observed clinically and in scientific studies that quite often an immediate effect on pain is noted by the patient. Acute pain such as knee, shoulder, neck and back pain is often severely reduced and even removed entirely. Sometimes organs or glands involved in excretions become activated, in response to treatment, due to the stimulation of healing provided by the therapy. In more chronic conditions such as urinary, digestive and respiratory problems several treatments might be required to largely reduce problems.

Common effects in response to treatment:

It is to be noted that the above effects should be seen as positive even if momentarily uncomfortable. They indicate the treatment improving the body’s natural healing systems and the excretion of problems.

If you are interested in reflexology, require physiotherapy or both; see my website or contact me to find out how I can help. Foot reflexology is my specialty and I have learnt the treatment from the modern founder, Hanne Marquardt herself. In the initial assessment we will examine if you could benefit from foot reflexology and any concerns you have, so you or a loved one receive the best treatment possible.

Dementia is a general term referring to a brain condition which is characterised by a drop in mental faculties which impair the affected person’s life.

Often, the type of dementia is difficult to distinguish and several medical examinations may be required to accurately diagnose dementia specifically. Risk factors, which cannot be changed are age, where risk significantly increases past 65, family history risk and people with down syndrome.

Risk factors, which can be influenced include amount of alcohol consumption, blood pressure, cholesterol level, depression, obesity and smoking. Symptoms of dementia differ greatly, but it is accepted that at least two of the following core mental functions must be impaired for a diagnosis of dementia:

In practical real life terms, problems may begin to appear with not finding keys or a wallet, traveling from the home and organising meals and appointments. It is important to remember that often mild symptoms can appear without the person having dementia. Therefore, it is important that a proper medical assessment is conducted. There is no one test to assess dementia.

Diagnosis is based on various techniques such as memory tests, brain scanning and assessing changes in thinking and memory over time.

The most common type of dementia is Alzheimer’s disease, being diagnosed in 60-80% of dementia cases. Symptoms usually begin slowly and worsen over time. This means, it is important to seek medical advice early on to get the maximum benefit of early treatment. This type of dementia causes problems with memory, thinking and behaviour.

Here’s what you can do:

First recognise potential symptoms in you and others and undergo a medical examination. Become informed and realise that early recognition is always best. Try to control the risk factors which can be influenced early on. This includes living an active life physically and mentally.

It has been shown that exercise may reduce the risk of dementia and many other illnesses. This is logical as your body is similar to a car. You will have damage if left standing for too long without operation as well as when you overexert. A physiotherapist is specialised to advise you on the physical aspects of your health as you age. This is also the key to maintaining your social appointments, something which has been proven to improve life expectancy.

If you are diagnosed with dementia, don’t lose hope! Symptoms can be managed with drugs and the progression may be slowed in some types of dementia. It is now important to plan for the future and assess your options with medical consultation. This may include physiotherapy to improve mobility and reduce fall risk, modify your home for ease and to take certain medications.

There are many benefits :

Who wouldn´t want to stay active and fit for as long as possible!

The key to staying healthy and independent

There are many things you need to include as part of your lifestyle to enjoy a long and healthy life. The most important being : 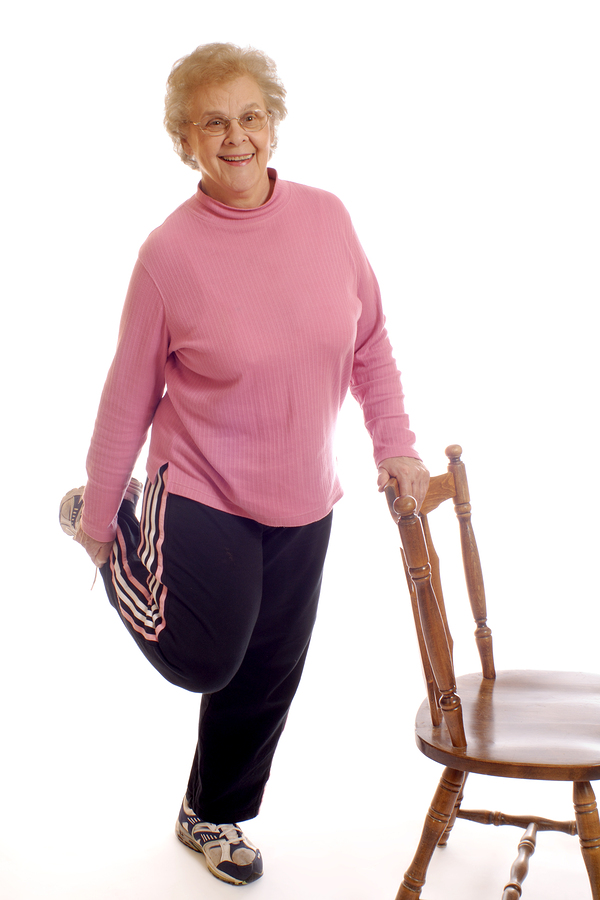 Flexibility gives you further range of motion. Meaning you can reach out without causing injury to the muscles.

Shortened muscles can pull your body into a slumped position which aggravates back pain and arthritic pain.

For example, a lot of elderly people suffer from knee arthritis due to gradually wearing away the cartilage in the knee joint. As the cartilage wears away, the space between the bones decreases. Resulting in bone rubbing on bone. This can be very painful.

In general, specific exercises help increase range of motion and flexibility. As well as strengthening the muscles you need for daily activities.

Your physiotherapist can supervise you to ensure you do them properly. They can also develop an exercise program tailored to your needs and lifestyle. 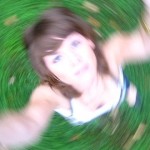 What is it When people experience vertigo, commonly a spinning feeling or the feeling that … END_OF_DOCUMENT_TOKEN_TO_BE_REPLACED 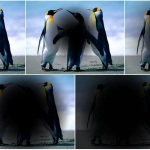 Even with no other physical or mental handicaps, your eyes are vital for staying independent and … END_OF_DOCUMENT_TOKEN_TO_BE_REPLACED 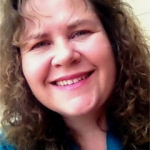 Find me on social media ...